Virtra (and other video) training

Virtra system is a video training system. The system projects video and registers the response a user gives when he pulls the trigger which emits laser.

Why would someone use a laser gun with CO2 gas instead of shooting a real gun? Systems like this is about decision making and adding more realism to one's training. There is no substitute for actual experience, but systems like VirTra can get trainees closer to it.

Shooting at targets on range can only go so far. Adding more to incorporate decision making segment eventually requires more money and resources. Want moving targets? You need to get moving target stands. Most of the stands are stationary, and anything that moves in horizontal direction will require some serious setup. Systems like VirTra allows less average cost to train, while increasing number of various scenarios that can be thrown in. 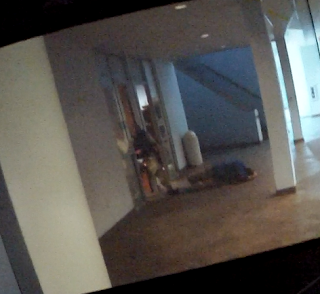 A famous scenario from VirTra 300. Yes, that is a nut shot.

However, it is not the last level of training before the real experience. Going through a good force-on-force training probably will do a lot more as actors are real humans and there are many different reactions, more than what a video training system can provide. But the problem with force-on-force is setting up a good one, not to mention the cost in the long run. The biggest cost probably would be labor cost for human actors.

The caveat is that the system operator needs to be competent. System operator can just play scenarioes, but to use correct one and give correct feedback is essential. Anyone can buy a system with enough money, but getting the most out of the system would require understanding of dynamics of gunfight as well as understanding the applicable use of force policy or law. 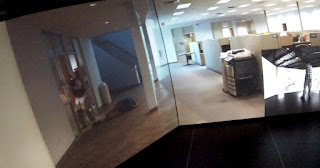 A scenario is reviewed on VirTra 300.


The advantage of VirTra 300 system is getting close to a 360 degree environment. This allows user to challenge his techniques to break any bad or inadequate habits formed on a square range where there is only one(or limited) direction available. Some train to look left and right after engaging and stopping the first threat, but scenarios on VirTra 300 really puts it to the test.

Recently, Haley Strategic started offering classes using VirTra. There has been some other places such as Artemis Institute offering it as well, and hopefully there will be more quality offering in the future.
Posted by Gun News Blog at 1:00 AM