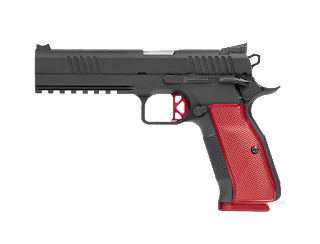 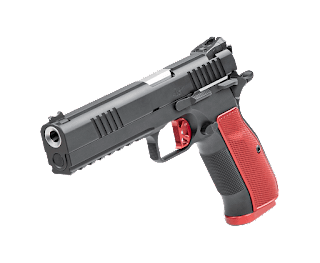 Comes in 9mm with 19 round capacity.

From: Dan Wesson
Posted by Gun News Blog at 1:00 AM No comments:

S&T Motiv(formerly Known as Daewoo) is the company in charge of South Korea's standard issue rifles. Recently some information came out regarding a new rifle that looks like an AR variant.

Looking at the video, it seems to have ambidextrous features for safety selector, magazine release, and bolt release. It's unclear how the new bolt release systems works as a bolt lock or not, but unlike a lot of AR, it is located right in front of the trigger guard.

Gas systems seems to be a short-stroke gas system.

Some parts are reusing K1 and K2 rifles parts, such as magazine release and selector lever.

SK SOF runs the HK416, but as everyone in the world knows, H&K Customer Service is famously German LMAO... hence the need for this SK domestic clone pic.twitter.com/W4GTJT0Cr0
— WeaponOutfitters.com (@WeaponOutfitter) October 14, 2019

Instead of updating the K1/K2 like with K2C1 and K2C , it's a possible change from nearly 40 years of K1/K2 design. It's unknown what prompted this change, but it will be interesting how this develops from here.

From: Bemil and Weapon Outfitters
Posted by Gun News Blog at 1:05 AM No comments:


From: Soldier Systems Daily
Posted by Gun News Blog at 1:04 AM No comments:

LAV shoots the Egyptian licensed version in this video, which is essentially the same.


This gun was well-regarded and had uses outside of US Special Forces during the Vietnam War as some helicopter pilots carried it. There was a story called 'The Curse of Swedish K' from a long time ago.

The gun also made an appearance in movie 'Godfather'

From: Vickers Tactical
Posted by Gun News Blog at 1:02 AM No comments:

Ian shoots the unfortunate gun that didn't get its chance to perform.

From: Forgotten Weapons
Posted by Gun News Blog at 1:01 AM No comments:

This was another attempt at making cheaply made firearm for resistance in enemy territory, just like the Liberator pistols. The difference was that this was in 9mm(Liberator was .45 ACP) and is made of cast steal(Liberator was stamped steal)

From: Forgotten Weapons
Posted by Gun News Blog at 1:00 AM No comments: