From the looks of it, the information seems pretty good.

The joke about Glock Carbine has been around for decades and we finally get to see one. It's an AR-15 platform.

Posted by Gun News Blog at 5:18 AM No comments: 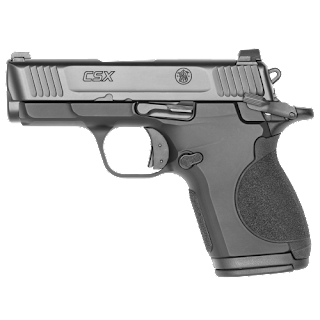 It is a single action pistol with thumb safety and slide lock that looks very similar to that of a 1911. However the controls are ambidextrous, and grip backstrap can be replaced. It has some extra featured such as serrated slide top and additional magazine release for left handed shooters.

Lower is made from aluminum so it's not another polymer pistol. In a sense this is looks like - at least from the outside - a practical, updated modern version of a 1911-esque pistol. MSRP is $609

Despite it's similarity to SHIELD line, magazines and holsters are not compatible. Also, many other reviews point out the false reset, which is when the trigger feels like it hit the reset point, when it didn't. By releasing the trigger more, it goes away and you hit the real reset point, so it shouldn't be a problem.