CZ announced P-10c before the show and it was the talk of the town. 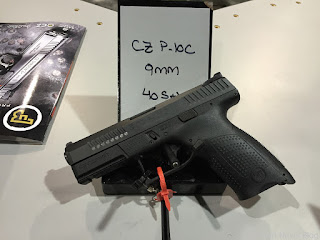 The trigger had some slack, but when it fired, it had a nice break and a nice reset as well. Definitely a good pistol that will see some sales. It was fun to see SIG staff come over and look at internals. 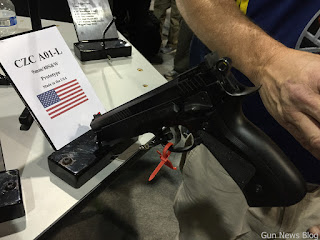 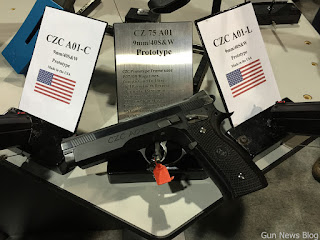 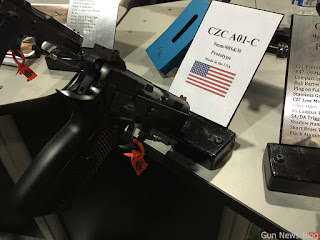 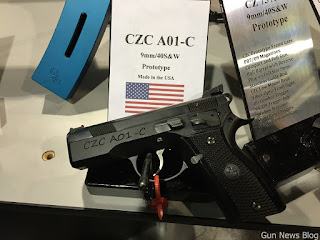 CZ is also coming up with CZC A01-L and other customizable guns. It will be produced in Arizona, and have some features like bull barrel usually not seen in traditional CZs. It also takes P-07/09 magazines. 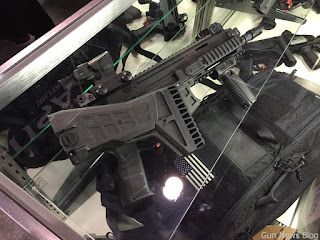 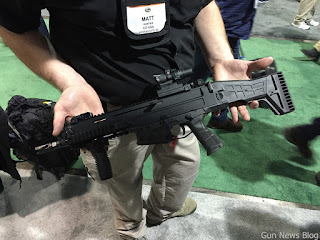 BREN 306 is another hot item that many enthusiasts wanted to see. After CZech army adopted 805 there were many recommendations for improvement and CZ came up with 806. The heritage is there but not all parts are interchangeable between 805 and 806. In fact the other source says it's less than half of parts.

The weight was significantly reduced from 805 and the design changed so that there is only one pin needed to field strip the rifle. The pin is located just in front of magwell and that's only thing that needs to be taken out.

The selector switch now has 0-1-auto with 45 degrees apart from each other, an improvement from 805 which had 4 modes in same angle. The rifle uses STAGNAG and has ambi-magazine catch and ambi-bolt lock/release. One bolt lock is located in front part of trigger guard, and the other is just like an AR version.

Currently it is not available for US sales other than LEO/MIL and the reps wouldn't give any idea when since it is too hard to tell for them too. But considering 805 made to US, hopefully 806 will make it to here as well.
Posted by Gun News Blog at 8:32 PM