Colt is also coming out with a 9mm 1911 based on Series 70s design, not the modern version. It has match barrel and shot pretty well at the media day. 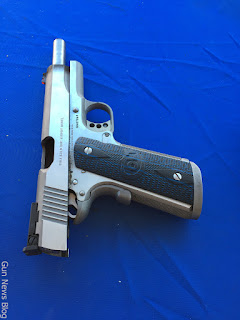 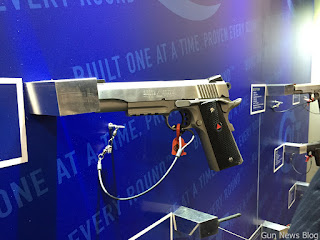 Cobra was the revolver a lot of people were interested in and it packs six .38 spl rounds in a small frame. This is rumored to be the last revolver Colt designed but decided not to manufacture as semi-automatics were taking over the market. 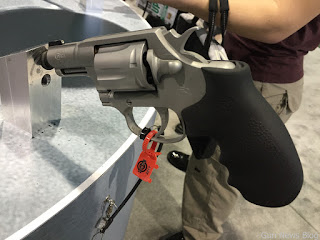 The trigger was not bad. You can't expect Python-like trigger, but it was not as horrible as some other current offerings. One thing that semi-auto shooters will have to get used to is the trigger reset. For most semi-auto users, a tactile feel as trigger is released generally means the gun is ready to go, but with revolvers like Cobra, there is a point that feels like its reset, but you have to go a bit further. Overall, I don't think it's going to be a problem once you get used to it.

Colt Combat Unit Carbine is a mid-length gas system with Centurion rail system. This was somewhat overlooked, but it is a carbine Colt gave serious thought in to with many experts like Mike Pannone running it for testing and evaluation

The Reissue M16A1 caused a bit of anguish. It has the Colt logo as well as US Poperty marking, but there will be only a limited number(heard 2500) and it will go for $2500. It has the safe-semi-auto marking although the selector switch doesn't go further tan semi. 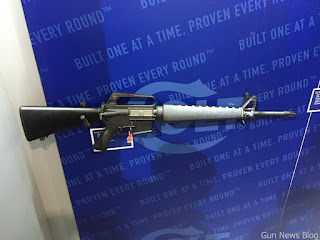 The one item that caught a lot of people off guard was the tactical light Colt is coming out with. They actually assigned two representatives just for the flashlights and seemed to be really enthusiastic about the new product. 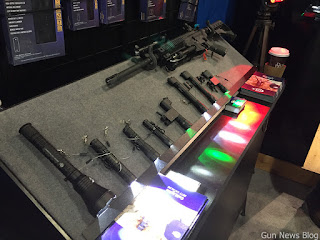 The light on the left is the 1200 lumen light that maintains it's lumen reading even after the 35 seconds according to the rep. Colt worked on these for years and they did not just buy off a company. It uses CR123A battery.

The two lights to its right emits 500 lumens (IIRC) and uses AA battery, while the next one uses AAA battery.

The best surprise came with the four modular sights you see on the right. These are light that can seprate in to head, body and tail and user can configure anyway they like. This allows versatile mounting options for anyone with just one light.

The idea is not the first as BE Meyers came up with MAWL sometime ago, but this it probably a smaller package and is going to be easier to find on the market. The mount is desined so it won't cause too much problems for user should anything get caught