RCS has been known for their holsters and now they are expanding in to other markets as well. Here is the first example of the effort, the Freya. This is a magazine well for Glock 17 and 19. It was very well blend in with the gun. RCS said they will offer it for both Gen 3 and Gen 4. Price will be $94.99 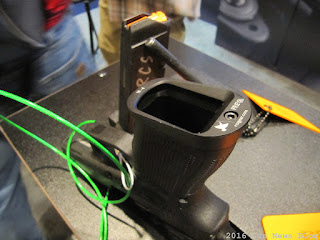 There has been similar system by Dueck Defense, but this is in two parts. It also has integrated front sight. Price is going to be $199.99 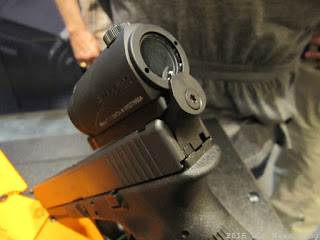 Both are planned for release in May.
Posted by Gun News Blog at 12:39 AM