QuarterCircle10 is a bit of new comer, first time at SHOT show. They have been making 9mm ARs for sometime, and this year, an AR lower that takes H&K MP5 magazines. Magazine can be released by push button like an AR instead of using paddle. M&K's MP5 had a push button release that was too far away from shooting hand to be practical but with AR ergonomics this is a lot easier. 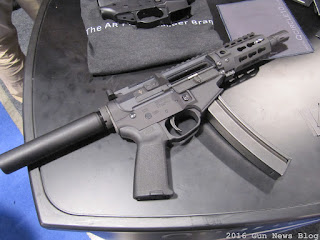 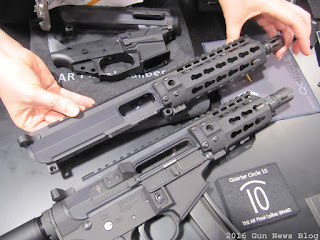 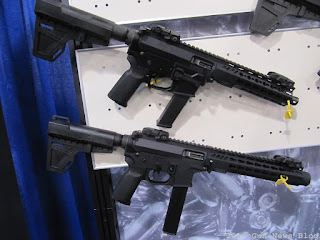