GNB got a quick chance to see some of new products. 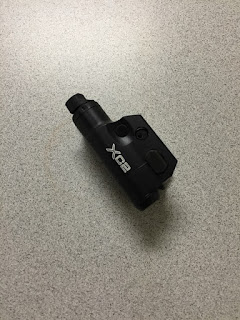 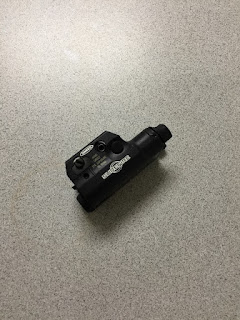 The green laser turns on automatically along with the white light 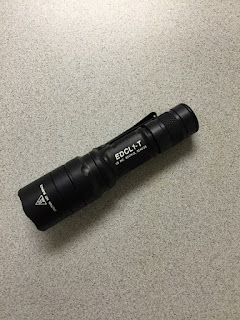 This light emits 500 lumens using one CR123A battery. It uses tailcap switch that emits low light(5 lumens) when pressed slightly, and high output(500 Lumens) when fully pressed. This feature is a nice feature that makes it easy for user in non-threatening situation to quickly up the light output if things go bad.

It also has a clip that allows it to be carried with bezel up or down in your pocket.

If someone wants a light for casual use, but can be used for more dangerous situation, this should be a serious contender. 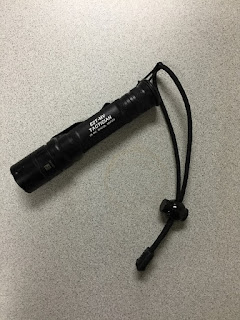 This light has 5/800 Lumen output. Bezel can be rotated to have 800 Lumen or 5 Lumen. The tailcap switch is momentary, and can have constant on mode by twisting it.