BE Meyers released their attachment system MAWL last year, and the commercia version(C1+) is now available. Priced at $2500, it is twice that of a competitor's but the design is probably in a class of its own. 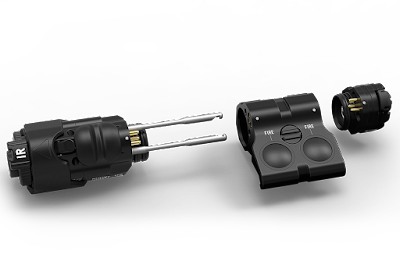 
You can read more about MAWL from Soldier Systems Daily
http://soldiersystems.net/2017/03/07/be-meyers-co-unveils/

and how engineers learned things they needed to know
http://soldiersystems.net/2016/08/22/the-birth-of-the-be-meyers-mawl/


From: Soldier Systems Daily
Posted by Gun News Blog at 1:02 AM

Email ThisBlogThis!Share to TwitterShare to FacebookShare to Pinterest
Labels: accessories