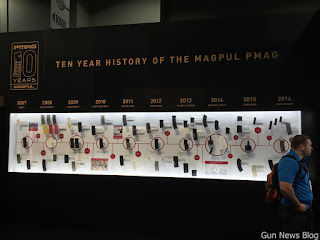 Magpul celebrated 10th anniversary of PMAG with display showing history of PMAGs. It had some interesting examples such as the magazine used by the SEAL team that took down  Osama Bin Laden as well as the cast of The Walking Dead. It was interesting to see that in 2007, they made 10,000 PMAGs, but the year after, they sold 1 million PMAGs. It has been a great year for Magpul as they were officially authorized by the USMC to be used. 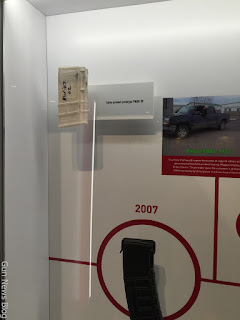 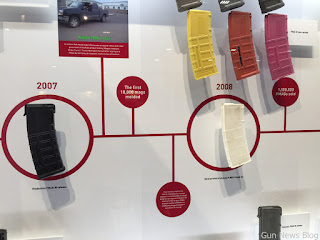 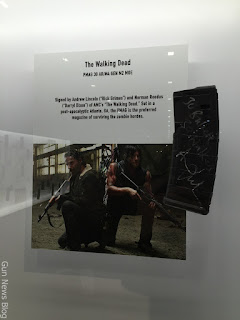 Here's the panoramic view. Click for the bigger photo