SIG SAUER booth was probably the most expensive booth of this show and the company is advertising their guns as much as they can. Some of the new guns are 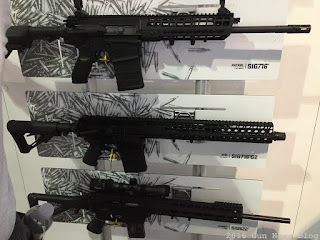 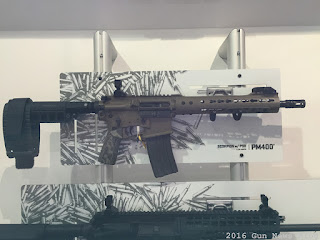 SIG P210 - revival of the old SIG pistol that was famous for its trigger and quality. The engineers at SIG redesigned a few things such as magazine release to fit the market's taste 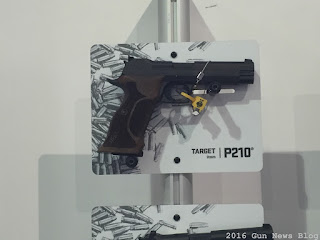 P320 compact with manual safety - this modular pistol has been around and SIG is adding a few more features such as manual safety. You can also see the Target version as well. 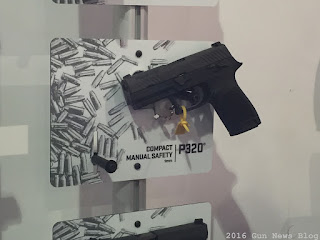 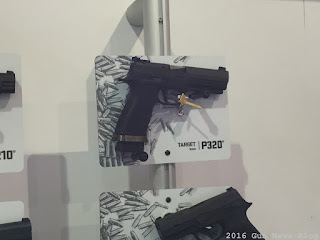 There was a version ready for slide-mounted red dot as well
Posted by Gun News Blog at 12:41 AM