Julien's Auction is putting some interesting guns from movies up for auction to be held on Nov. 20th. From the Golden Closet Archives catalog, 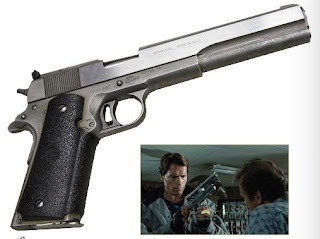 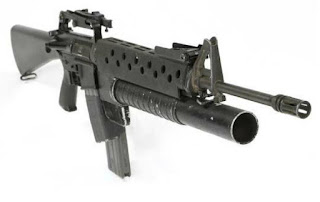 According to jbntex from AR15.com, the serial number is 9310593, and was sold by the famous Stembridge Gun Works company.

There are some prop guns from other movies such as 'Salt' used by Angelina Jolie, CTU badge used by Keifer Sutherland in 24, pistols from 'Sopranos'

The catalog has far more costumes used by many shows as well. Bud's wrestling costume from 'Married...with childrens' is there too.

Auction catalog: http://www.juliensauctions.com/auctions/2015/golden-closet-archives/index.html
Posted by Gun News Blog at 1:20 AM