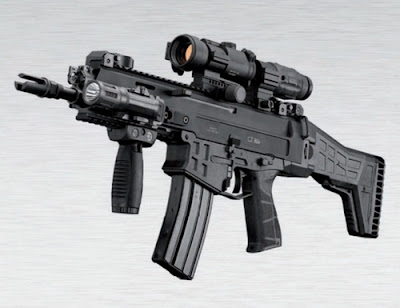 Czech website Altair.com reported that CZ(Česká Zbrojovka) made improvements to the CZ 805 rifle. 2 in Bren 2 shows that it is a carbine. 1 is for standard rifle, 3 is for DMR version.

According to translations from The Firearm Blog, the rifle was tested by the Czech soldiers in Afghanistan. Problems identified were,


Some of changes made were,

Most of the improvements were also readily noticeable when GNB got its first look at the rifle, as well as other people.

You can see more photos from Altair
http://www.altair.com.pl/news/view?news_id=17650

From: Altair.com via The Firearm Blog