A handgun's magazine is one of parts that cannot be taken for granted. In any semi auto, issues with magazines usually end up being a serious malfunction.

Here's an example of rare example of magazine failure. In this photo, it seems everything is ok. 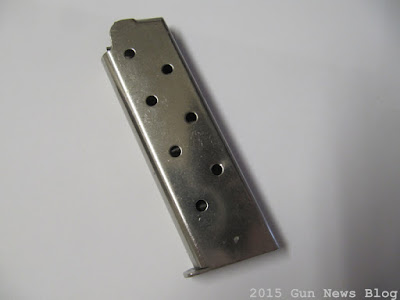 But the magazine fails to push cartridges up. Sprig is fine. Why is this happening? 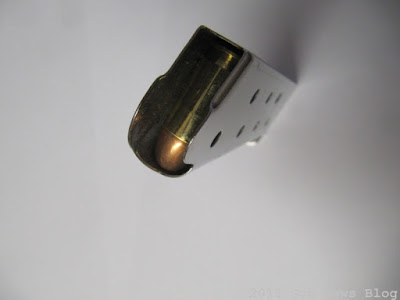 One round is stuck at the bottom. There were no sticky substance involved here. But why? 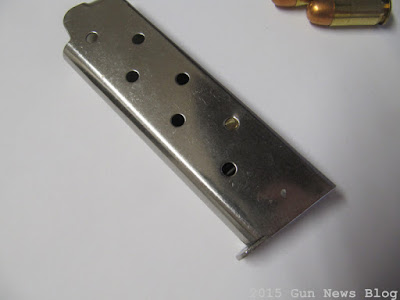 It's because  there is a small dent in one of witness holes. Some time ago, an object fell on this magazine and dent that exat spot. 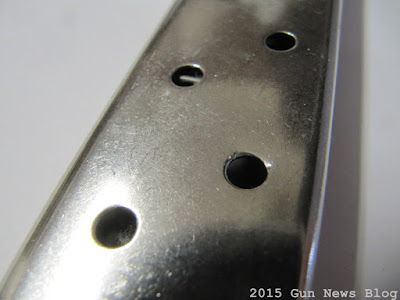 Being a 1911 single stack magazine, there is little room for cartriges to move around, and that small dent, a few millimeters deep, caused this.

This is a really rare case and it is reasonable to say it is not a typical failure. Nonetheless, it shows that things can happen and magazines should not be taken for granted.
Posted by Gun News Blog at 11:12 AM