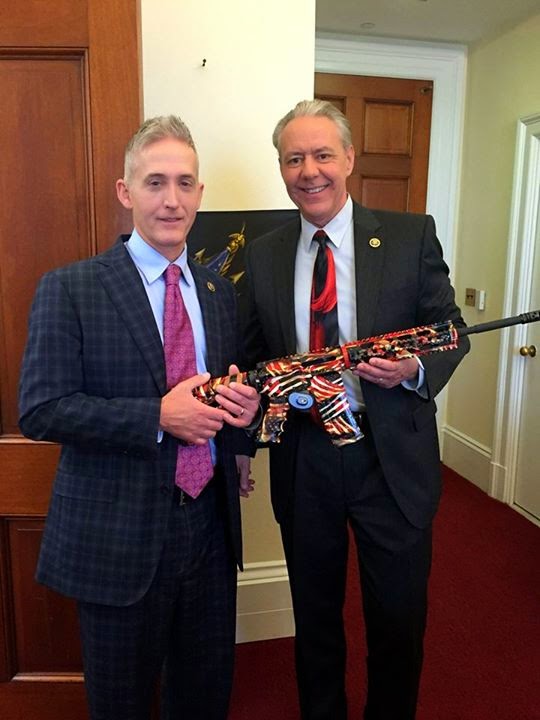 Rep. Ken Buck (R-Co) and Trey Gowdy (R-SC) got in to a bit of hot water when Rep. Buck posted photos of two holding an AR in Washington D.C. The rifle did not have a bolt and had trigger lock so it was non-functional.

Some people criticized the two for bringing illegal weapons in to the D.C., but according to the Washington Post,

Lt. Kimberly Schneider, a spokeswoman for the U.S. Capitol Police, said members of Congress “may maintain firearms within the confines of their office.” Not only that, Schneider said, members “and any employee or agent of any Member of Congress may transport” weapons within the Capitol grounds as long as the “firearms are unloaded and securely wrapped.”

Rep. Buck did go through several resources to ensure it was legally there, including Ethics Committee, Capitol Hill police, and D.C. Police.

This is not the first time a lawmaker did this. Former Rep. Charlie Wilson, also famous for book and movie "Charlie Wilson's War" decorated his office with firearms. Here he is with an  Enfield in 1988 (NY Times) 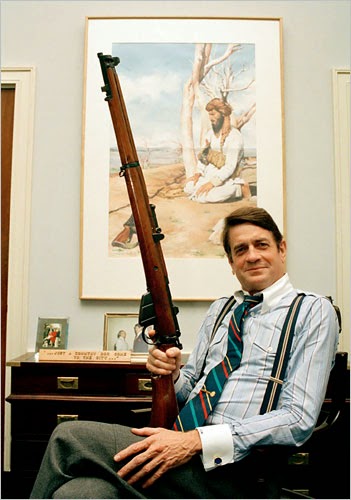