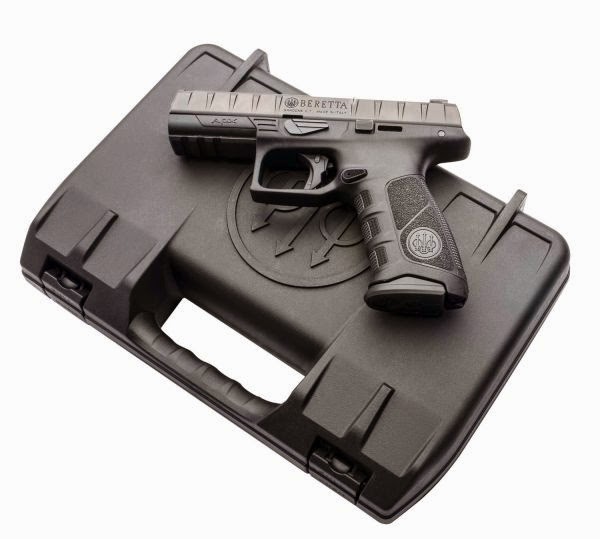 Some point of interests are,
Interchangable backstrap and grips
reversible magazine release,
ambidextrous slide lock,
manual safety version is possible,
and has 'Glock-like' safety on trigger

It looks like a Glock but some have pointed out similarities with Steyr M1 series. Trigger is reportedly about 6 lbs. Capacity is 17 for 9mm, 15 for .40 S&W

This is a departure from using some interesting operating mechanisms such as rotating barrel of Px4 Storm or Walther-ish mechanisms used in 92 series.

Recently, US Army announced delay in solicit for submission for the Modular Service Handgun competition. This could be something Beretta was aiming for as the attempt to provide M9A3 did not go well.