Getting a shotgun in Japan 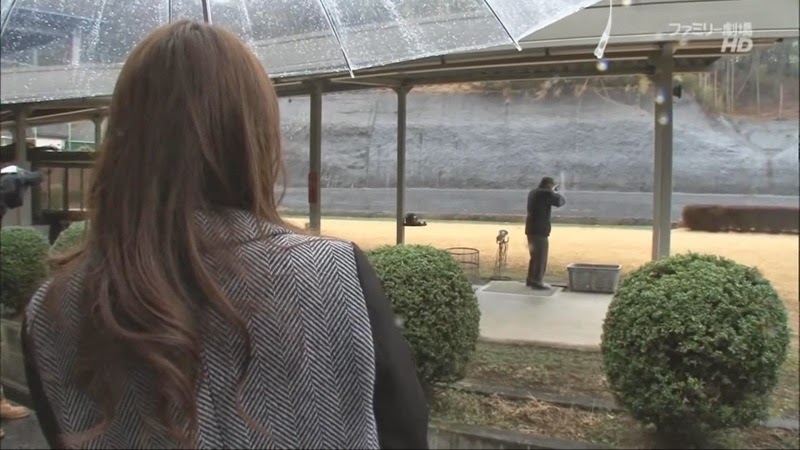 Recently a video showed up on Youtube regarding how to get a shotgun in Japan. Japan has a limited ownership of firearms, and the process has been somewhat unknown if not confusing. The TV show features a Japanese idol Nagao Mariya of AKB48 going through the process.

Considering this is a TV show there is some chance that some information is incorrect or has been left out, as well as possibility of each prefecture having different rules. Furthermore there was a lot of guessing since online translators can only do so much.

The show starts off with contacting a person who can help with the process. Imamura Itsuo, editor of Shooters Japan(currently on hiatus) magazine. 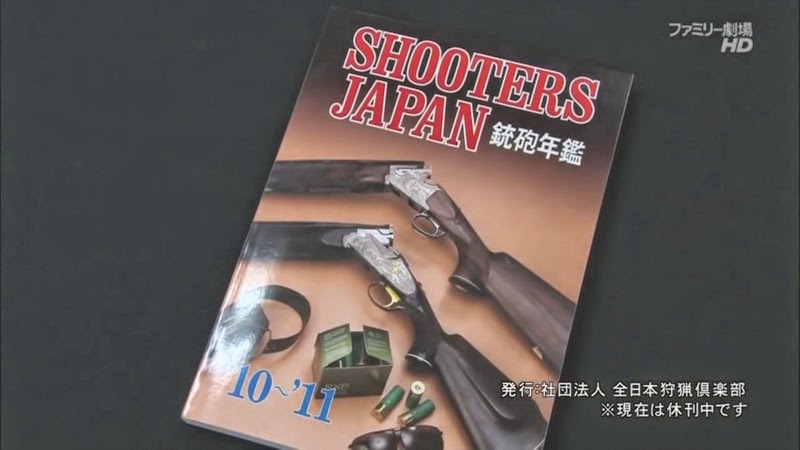 According to the show, there are 8 steps involving in shooting a clay. Actual steps are a bit less, but it is still a hefty process. 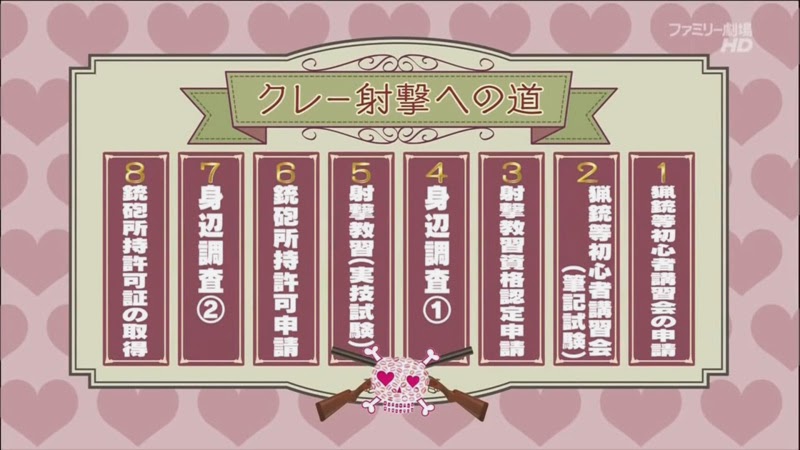 
1. Here's the request form for the lesson. 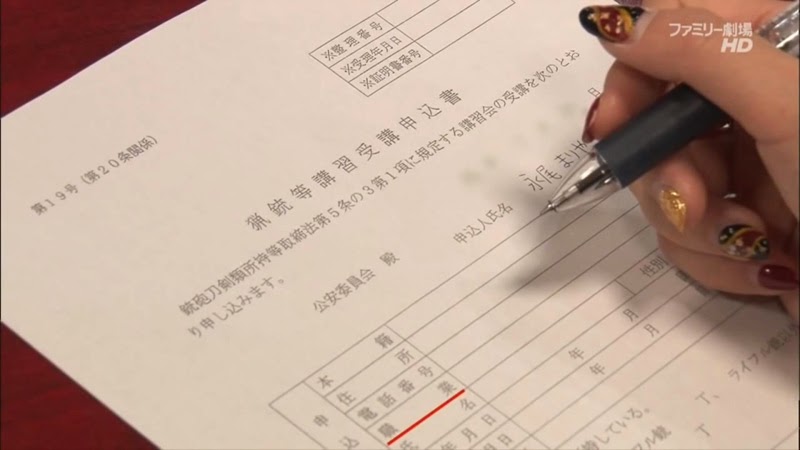 This has to be submitted to police station, and you get the book that goes through basics. According to subtitle, she had 1 week until the exam. Scheduled test is held on a specific date once per month and only 1 week was left from the filming. 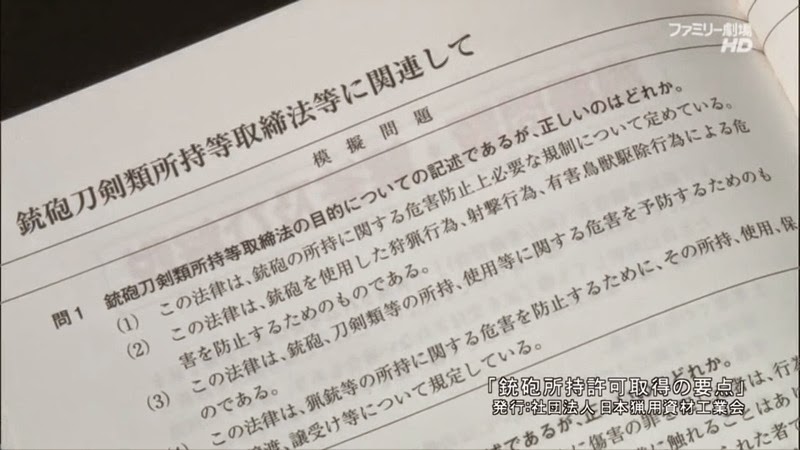 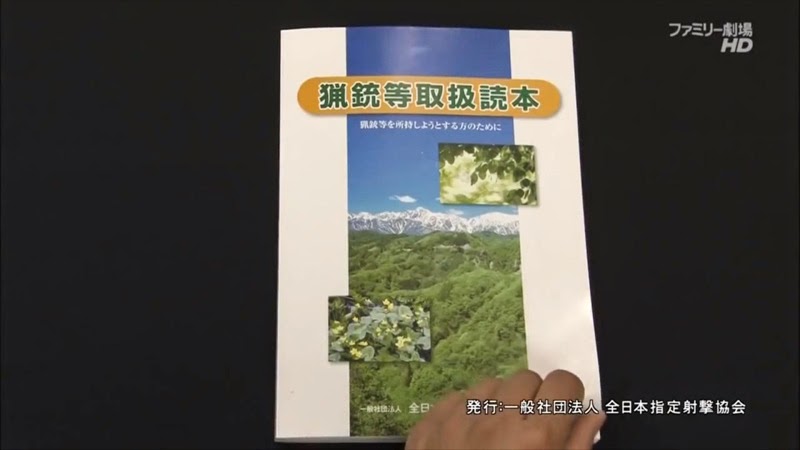 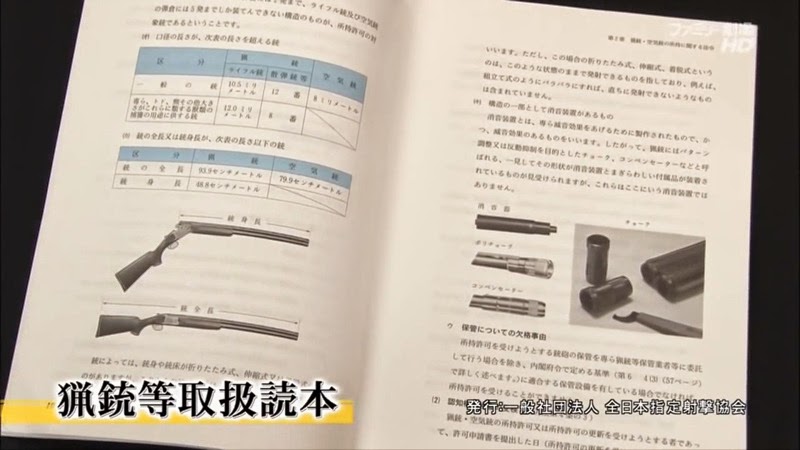 There is the test prep course taught by Imamura. 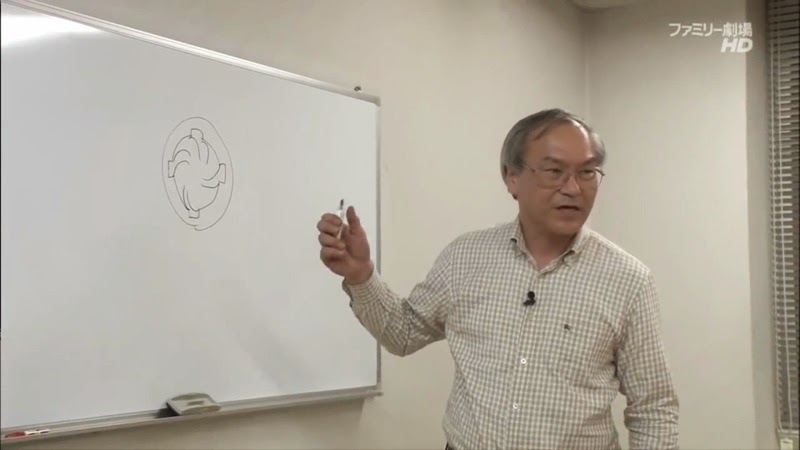 2. Lecture/Written test day consists of two parts. In the mornings, there is lecture about law regarding possession of guns. In the afternoon, lecture about use, storage is given and attendees take the test. The whole process ends around 3:00pm in the show. 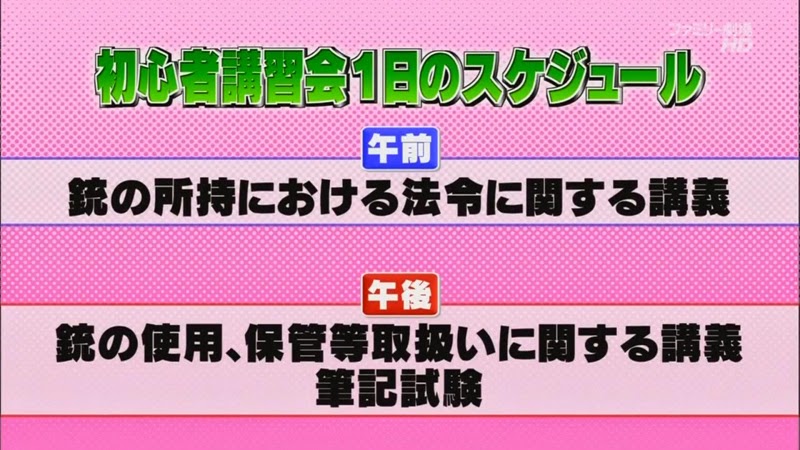 The show does not go over how the gun is supposed to be stored.

She passed on her second attempt and a certificate is given. 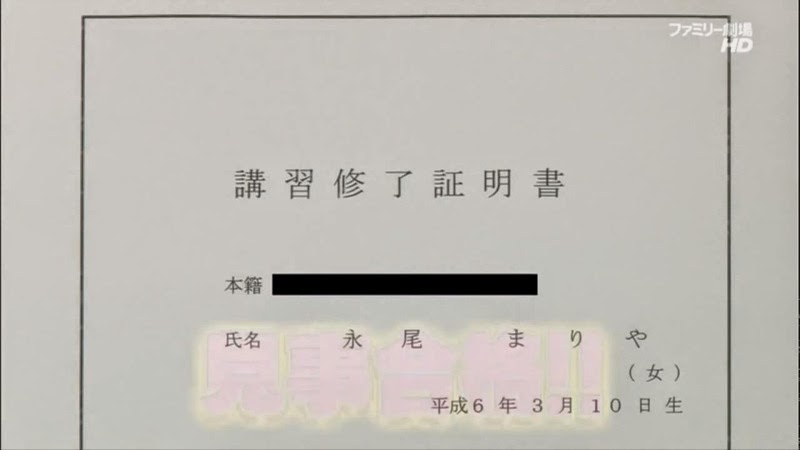 3. Once certificate is obtained, shooter has to submit for verification of eligibility to do actual shooting lesson and test. Following is the list of documents required to submit. 8 documents are needed, including psychiatric evaluation. 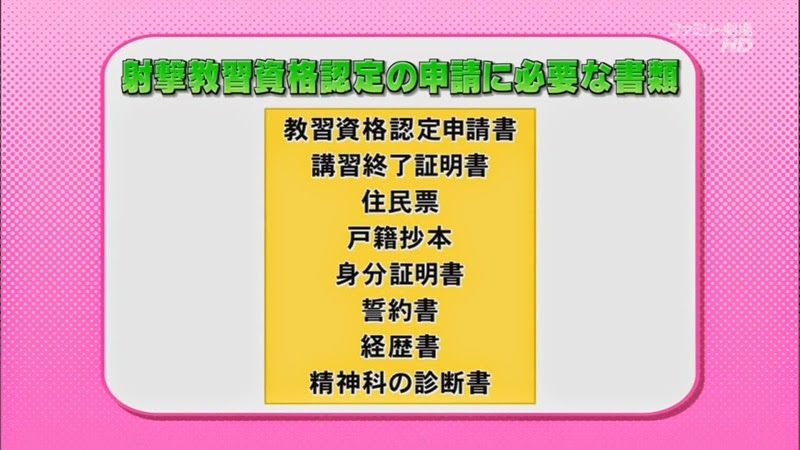 Here is the form 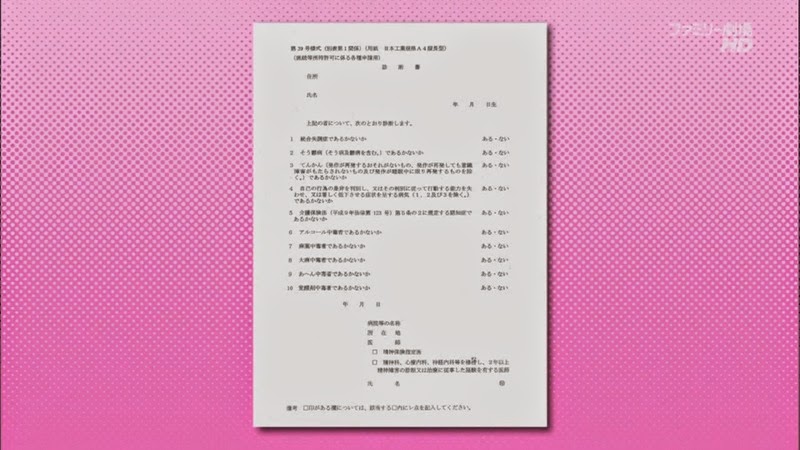 4. Background check is performed and asks if "This person is suitable to possess firearms?" and "Is there ways this person could abuse it?" 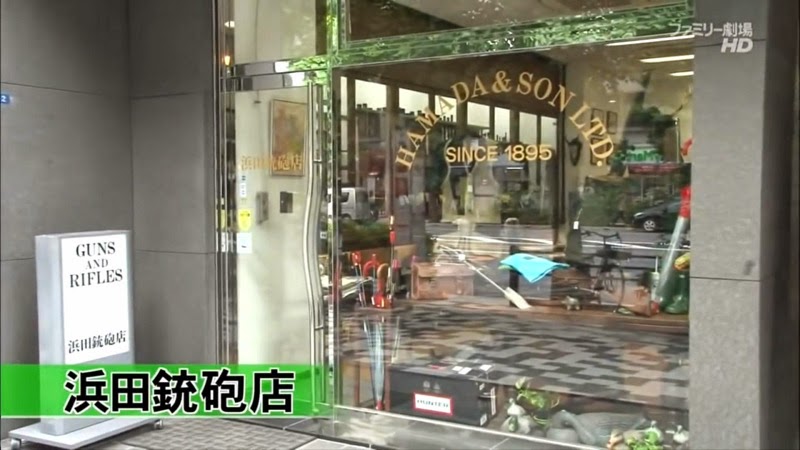 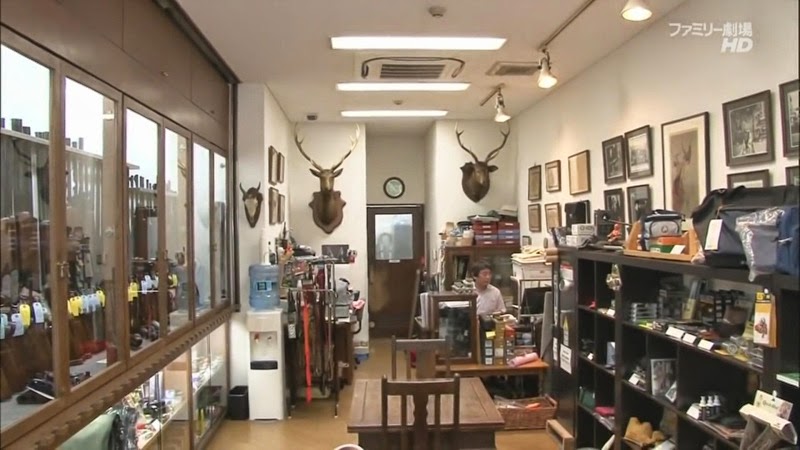 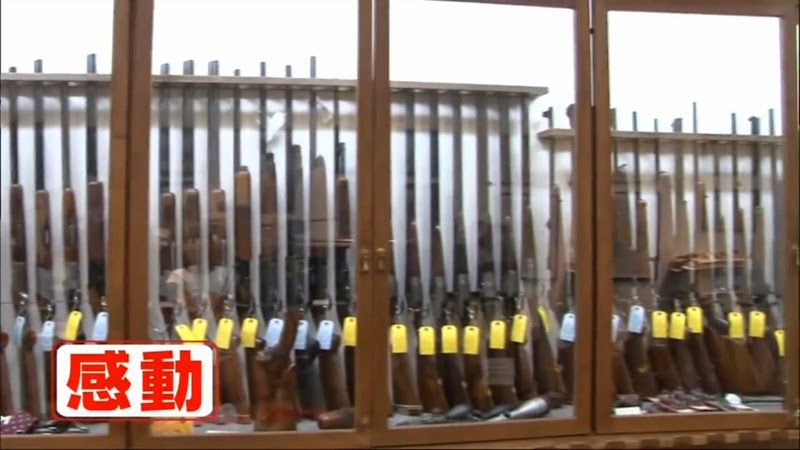 Nagao went to a gun shop Hamada & Son Ltd. in Tokyo(Chiyoda ku/section)that has been around since 1895. You can see the collection of guns and in one scene you can see some solvents and protectants from Birchwood Casey in lower cabinet. 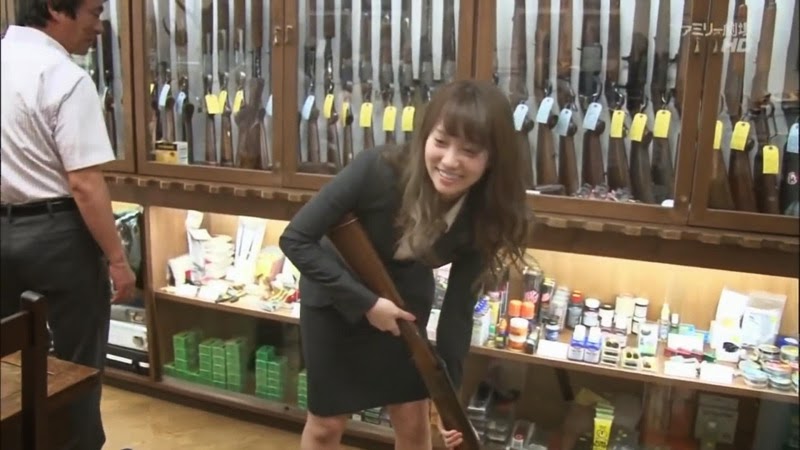 5. Hands-on shooting portion is done at Kanagawa Ooi range in Kanagawa, about 40 miles southwest of Tokyo 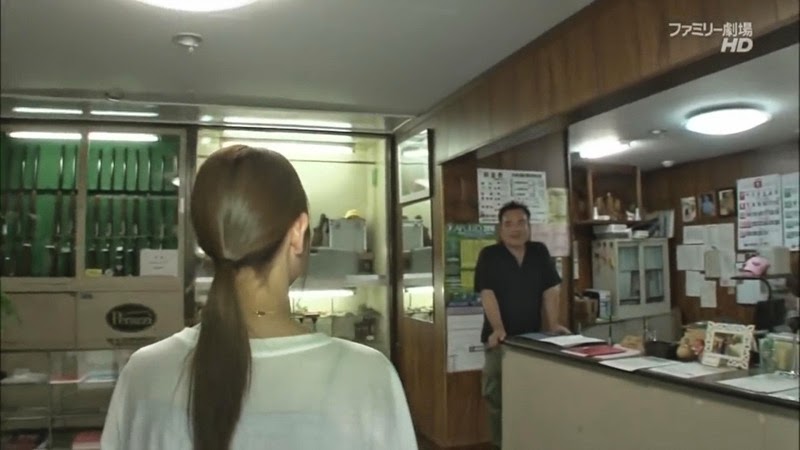 First part is lesson where they go over basics on how to handle firearms, stance, movement. Safety lessons on how hands should be during firing, when not firing is covered. 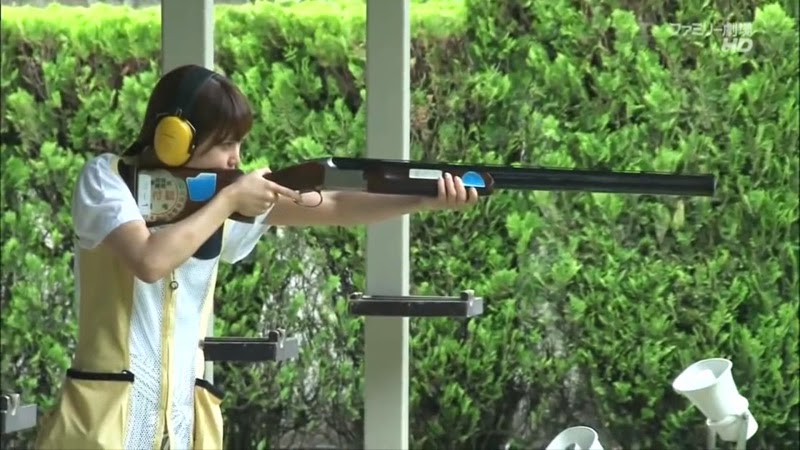 Shooting evaluation is done in two parts. One is actual shooting skill. To pass, shooter must hit 2 or more clays out of 25. Shooter is also evaluated on how they conduct themselves(safety). One mishandling results in loss of 10 points, and must have over 80% to pass 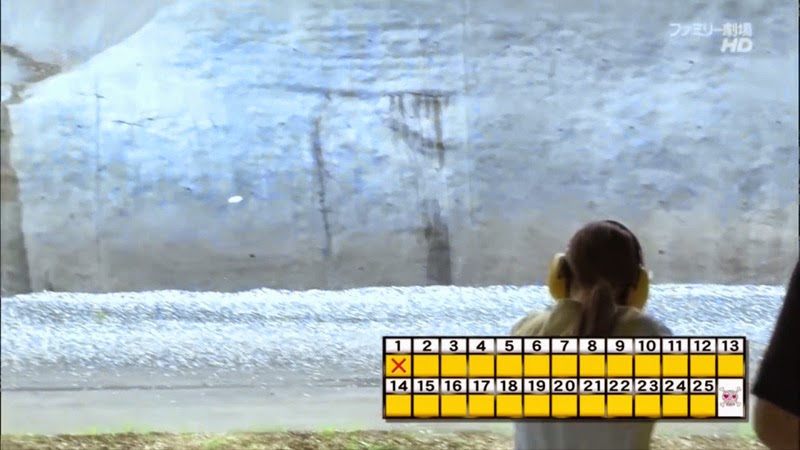 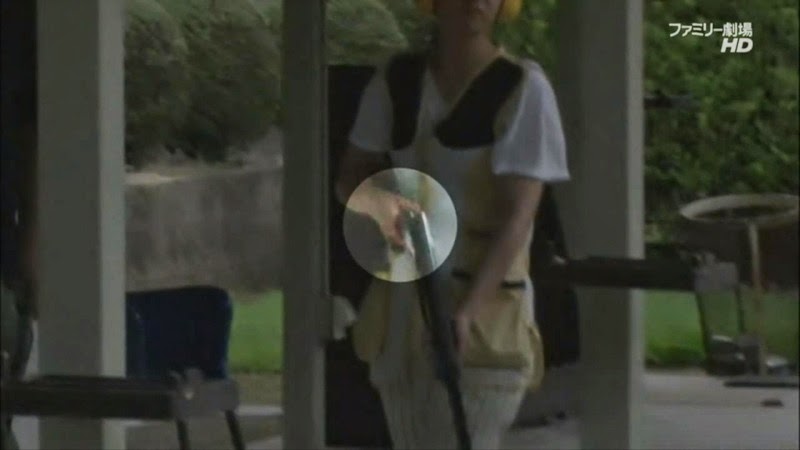 She lost 10% due to one finger safety violation. 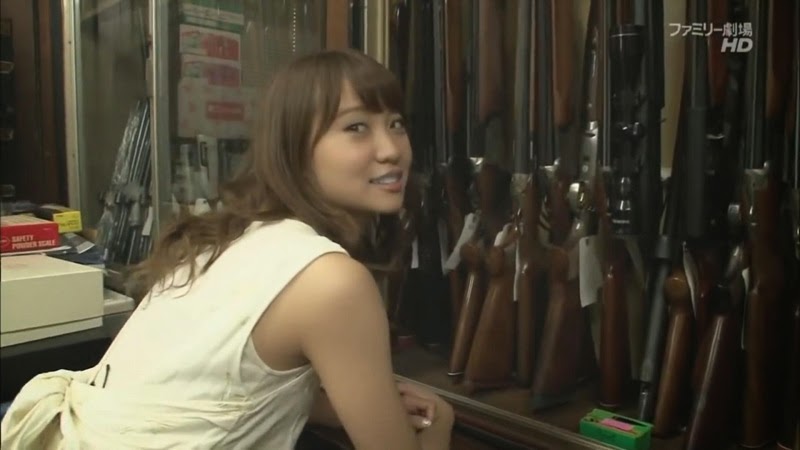 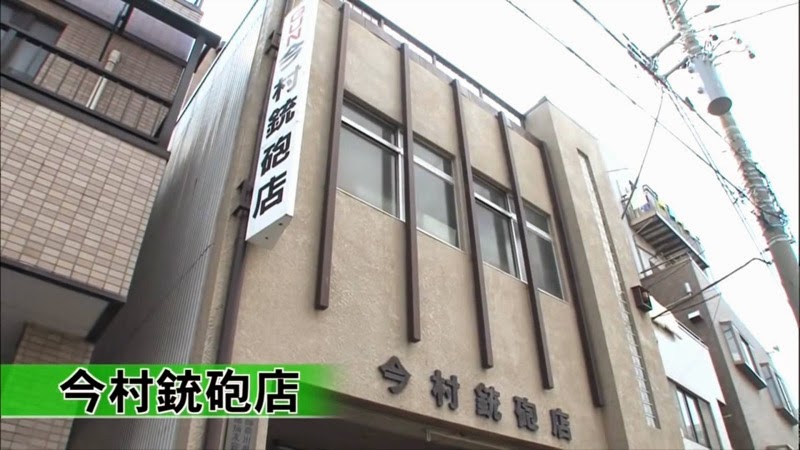 Then she went to police to request permit to possess the gun. The total number of forms and IDs needed is 10. 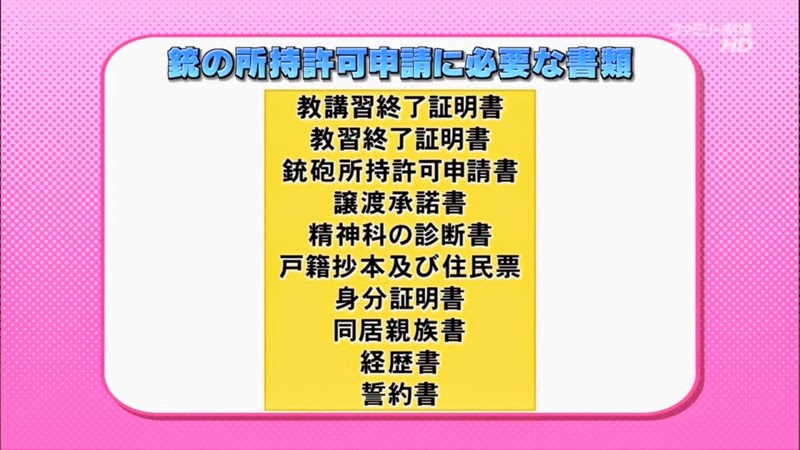 7. Another background check is performed

8. and then obtain the permit to possess and pick up the gun 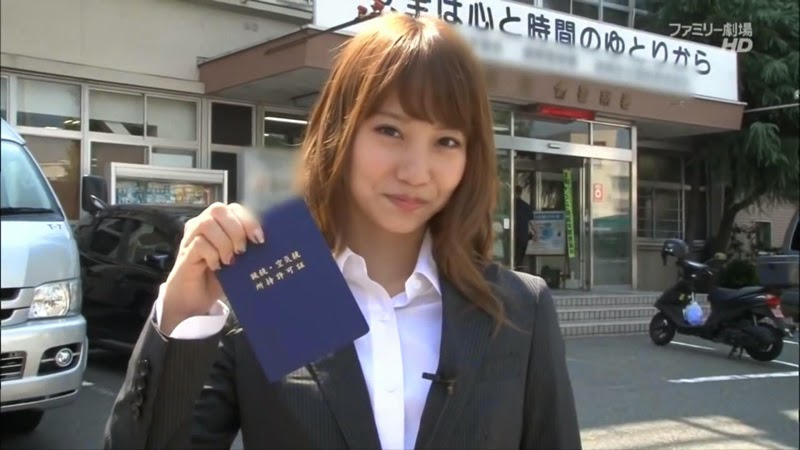 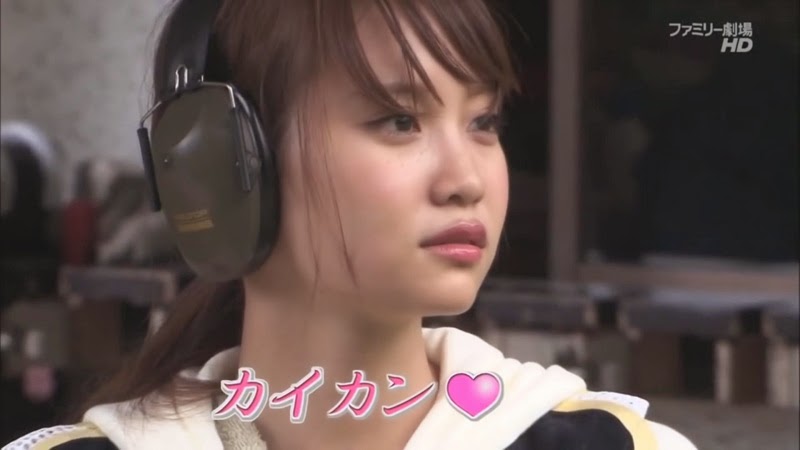 US is one of few places where right to bear arms were not compromised as much and this illustrates the point. The process would take a long time and it's only for shotgun and air rifles(pellet guns). There is no process for handguns or rifles.

In Japan, possession of unlicensed gun, ammunition, and discharge of firearm are all illegal. There is no private ownership of centerfire rifles, and rimfire rifles purchased before 1971 has to be turned in to police once the owner dies.

David B. Kopel wrote for Asia Pacific Law Review in 1993 regarding the Japanese firearm law. The process is still similar although some details might have changed since then.

In the article there are some more details such as storage of firearm, providing detailed map of where it is stored, as well as ammunition.

As for the test Kopel writes, "The test and all-day lecture are held once a month. The lecture almost always requires that the licensee take a full day off from work--not a highly regarded activity by Japanese employers. An annual gun inspection is scheduled at the convenience of the police, and also requires time off from work. Licenses must be renewed every three years, with another all-day safety lecture and examination at police headquarters."

There's some more you can read in Kopel's article.
Posted by Gun News Blog at 1:50 AM

Email ThisBlogThis!Share to TwitterShare to FacebookShare to Pinterest
Labels: law